In many ways the telephone leaned heavily on the telegraph service for its service model, which, in turn, leaned on the postal service, establishing a provenance for the telephone service model that stretched back over some centuries to at least the 1680s and London’s Penny Post, if not earlier.

The telephone service, for the most part, operates in a very similar fashion. The caller pays for the entire cost of the call, and the called party pays nothing.

Of course, the called party rarely paid nothing. Perhaps no additional charge to receive, but then they had subscribed to the service with the purpose of receiving. So it was that the “free” reception of letters in a box on side of the road, was never akin to the paid reception of calls at a subscribers telephone.

In the end, the ITU and the conference chair, having backed themselves to the edge of a cliff, dared governments to push them off. They duly did. And without even peeking over, the crowd turned around and walked away.

Another one bites the dust. While this report may romanticise the event, it’s another power struggle lost by incumbents to the masses. 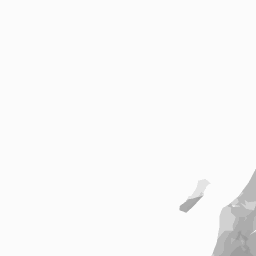 The Internet is near universal because it is entirely voluntary. All of the Internet’s signature elements are voluntary, not mandated by governments. Internet protocol (IP) is a networking protocol that became universal precisely because it offered the ability for everyone to communicate in basically the same “language.”  No one was required to use IP; people voluntarily adopted it because it was better and offered the most universal networking opportunity. Moreover, the Internet Engineering Task Force (IETF), whose “mission is to make the Internet work better,” is an entirely voluntary, collaborative, multi-stakeholder process that functions outside of government control.

For the avoidance of confusion, “voluntary” here means without coercion, not without being paid.

Frankly if the ITU could run an Internet, it would have built one, and neither it, nor its spawn could or did.

For years there has been a concerted effort by telephone and cable company operators to replace the nobody-owns-it Internet conversation with one about ???broadband,??? which is something they own and rent out. The U.S. government has been enlisted in this campaign, as have the rest of us. (I???ve used the term ???broadband??? plenty myself, for example, here.) But I began to get hip what was going on in the Summer of 2010, at a conference where a spokesman for the International Telecommunications Union (ITU) gave a talk about the goodness of broadband without once uttering the word ???Internet.??? Recently the ITU has been further sanitizing this rhetorical body-snatch by talking up broadband as a ???basic human right???.

Framing. All important, and the good Doc exposes it.